Of Mice and Buicks

Some years ago shortly after purchasing the ’41 Buick Roadmaster I noticed that it had a rather unpleasant odor. It was something different from the typical ‘old car’ fragrance. My temporary response was to stick an air freshener to the dash. 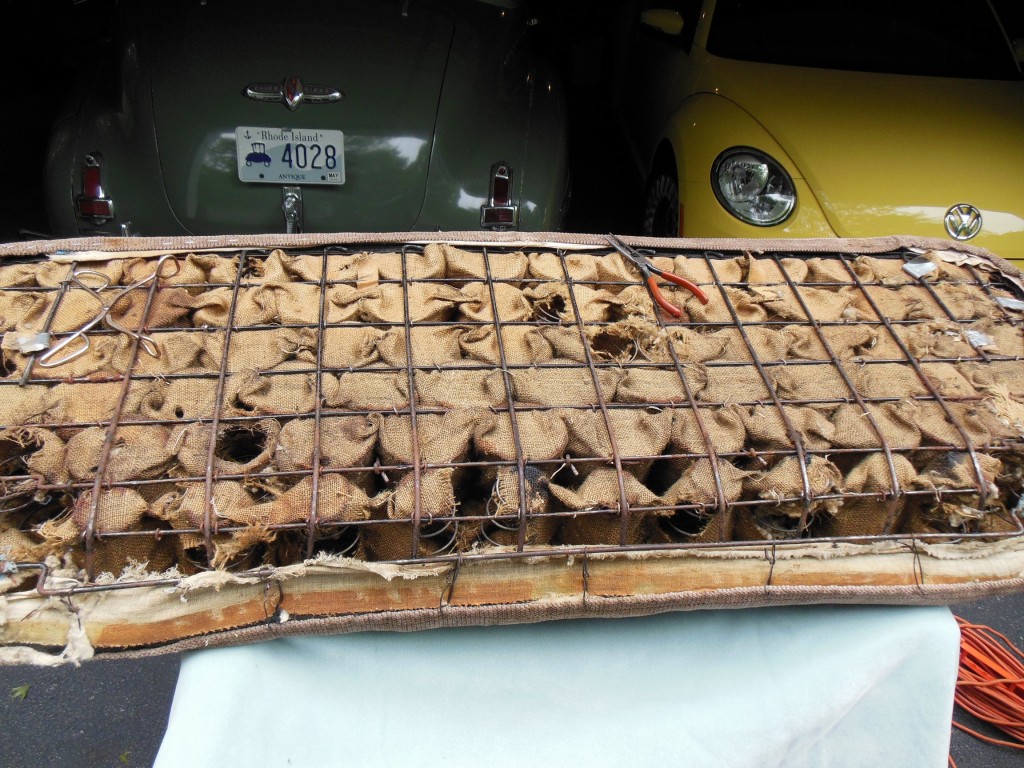 It looks like fewer than a quarter of the springs have been invaded. Not so. The little pests tunnel from one spring to the next. This will all have to be replaced some day.

Then I decided to root out the cause. Some determined sniffing soon lead to the front and back seats. Upon removal I found that they were infested with mice nests. The chewed up newspaper, cloth, and mice fur filled many of the spring cavities. Each spring is wrapped in burlap. It was easy to spot the sections that had been chewed through to expose the springs. The final clue that pointed at mice was the trail of small black feces that they leave everywhere. What a mess. 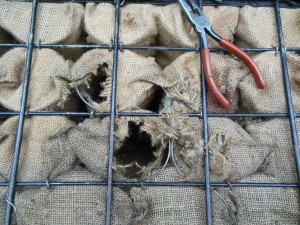 Each spring is wrapped in burlap and sewn shut. This does not deter mice, as you can easily see. Long nose pliers and tongs are effective at pulling out the mess that a vacuum can’t get to. 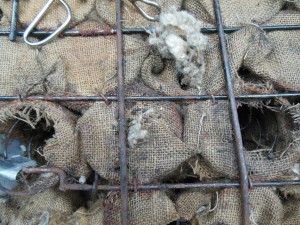 Notice the material poking out of the spring. The numerous small black items are mouse feces.

Recently I had reason to remove the back seat so as to access the well that is used for storage of the jack. Guess what I found. The mice were back. They not only open up individual coil covers but they then tunnel from one to the next in a lateral direction so that coils that appear unmolested (should that be unmouselested?) from the outside are actually filled with nests. 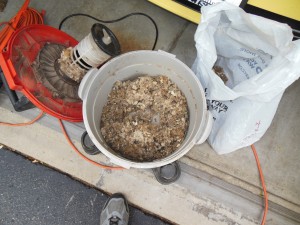 I was told very little about the origins of this car when I purchased it. Sifting through the sucked-up nests makes interesting reading. 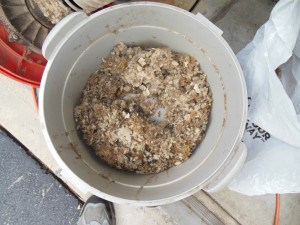 So far I have found two references to New Jersey and a 1985 date. Can’t read the text? See the enlarged version below. 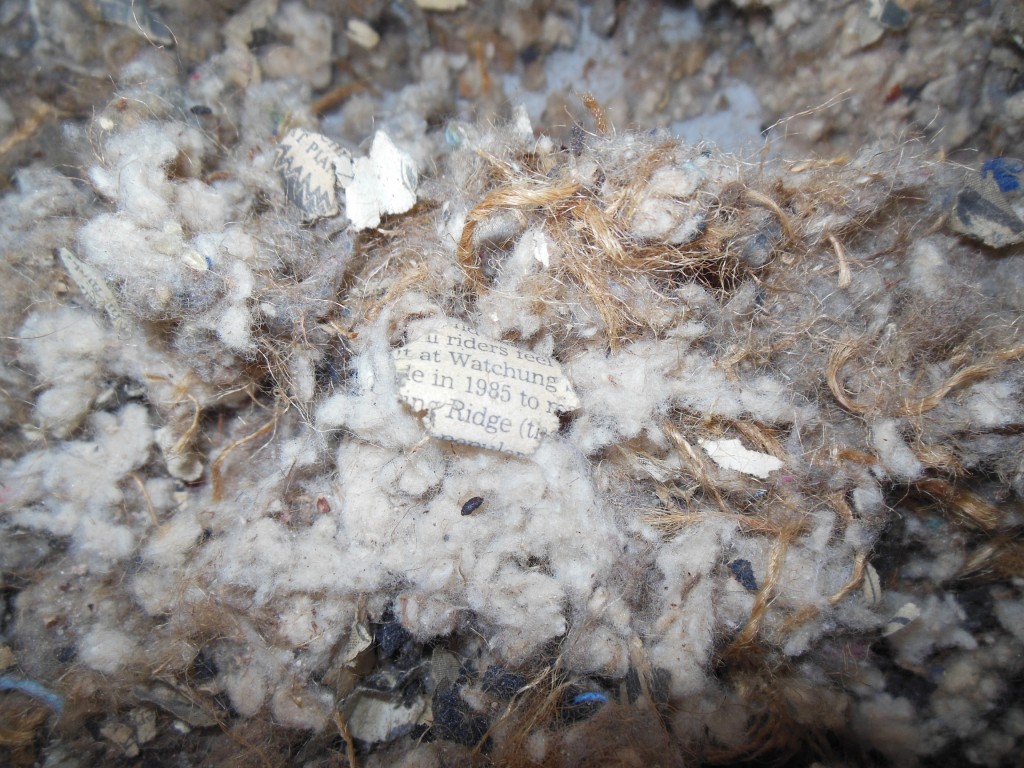 I believe this text describes a state park in NJ. Now I have to decide if I want to look through the rest of the debris. It would be nice to find something from 1945.

So it was time to get out the shop vacuum and suck them out again. Some day I may bring them to an upholsterer and have it done right by getting the seats stripped right down to the frame and having every soft part replaced. For now it is just mouse-intervention.

I wish I could keep those pests out permanently. The car is stored in the garage at all times but that does not seem to keep them out. I even have mouse traps here and there. I think I will begin putting those traps under the seat frames from now on. I am sure more invaders will arrive. 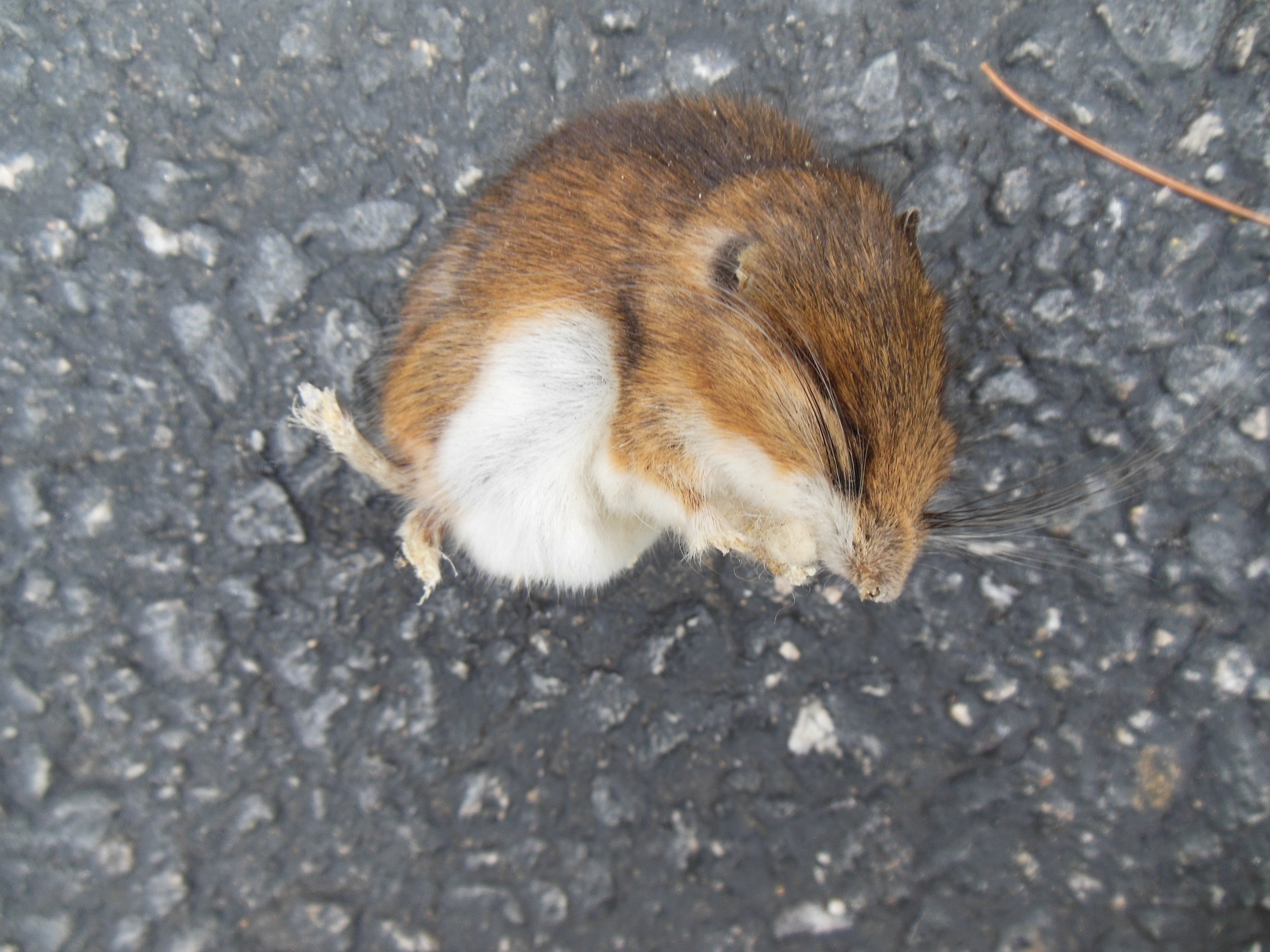 This guy got stuck in the end of the vacuum crevice tool. His supple texture indicates he may have expired only recently. I do not like mice!

Regarding the capabilities of a shop vacuum, there are limits. I had to use a regular vacuum to get into smaller areas. It’s good that I did because at one point it became stopped up – with a mouse. Yup, an entire mouse. He was in great condition as in deceased only moments before. Oh well, the battle goes on. 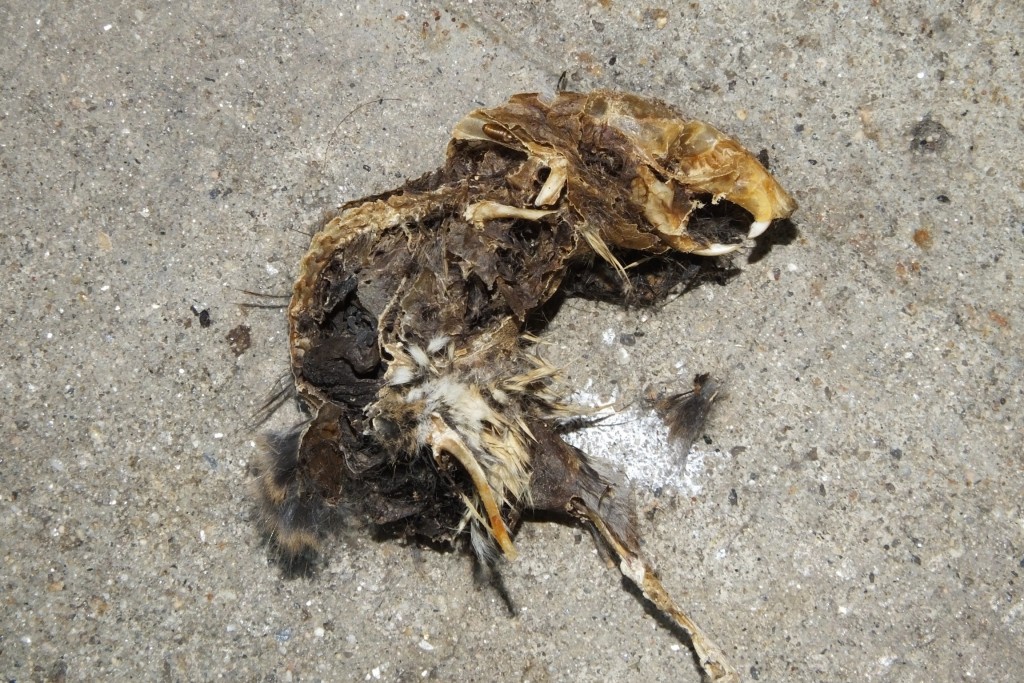 After cleaning the back seat I decided to check the front. This desiccated rodent was found tucked in a corner.