The Search for Capacitance (an electronic value, not a religion)

I like to collect, use, and repair old radios. Anyone who spends much time learning about old radios will soon enough come across interesting electronic test equipment, vintage and new. The old has style and (often) accuracy. The new has accuracy.

The most common and useful test meter available today is the multimeter. It usually will test resistance, voltage, and amperage. Many of the meters also test frequency, diode function and continuity (they add a buzzer to the resistance test). Some meters will also measure temperature and transistor function. A select few come with computer interfaces so the data can be displayed over a period of time, saved to tables, and graphically illustrated. 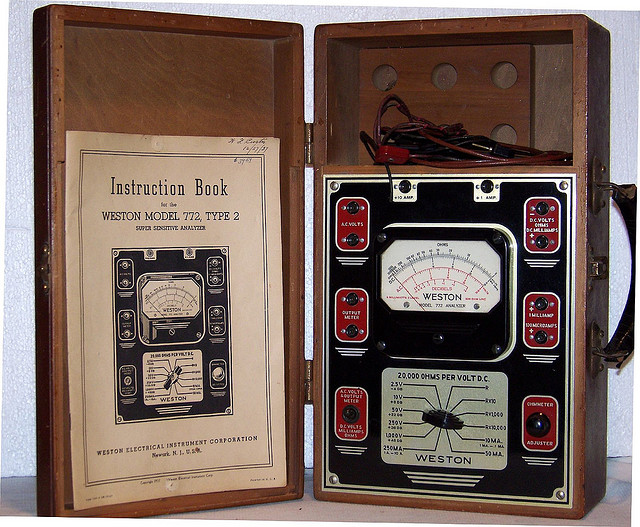 What were the old meters like? They usually had just one or two functions each. The meter would be housed in a wooden or bakelite box and it might be quite decorative such as the Weston 772 pictured here. 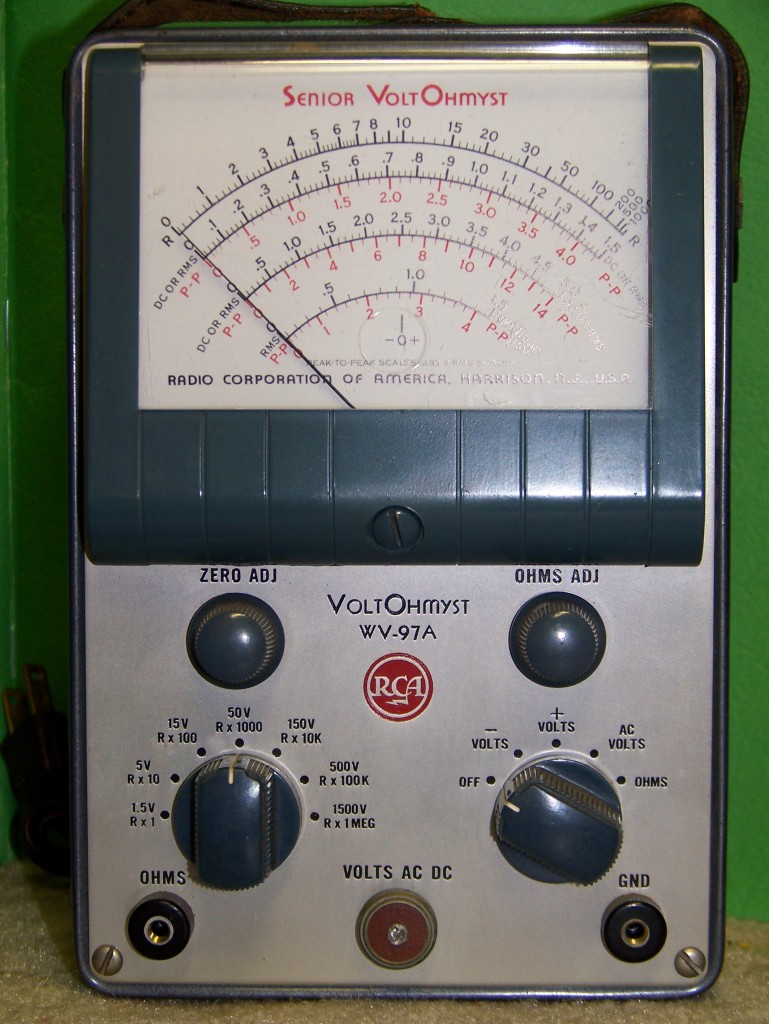 The RCA Senior VoltOhmyst WV-97A is a VTVM with style.

Experimenters soon found that meters tended to load the circuit they were testing and thus did not return exact readings. This created a need for what is called a high impedance meter and so was born the Vacuum Tube Voltmeter (VTVM) which was a high impedance device and as such allowed more precise measurements. The RCA Senior VoltOhmyst WV-97A is one such meter. Notice the great case design and use of color. 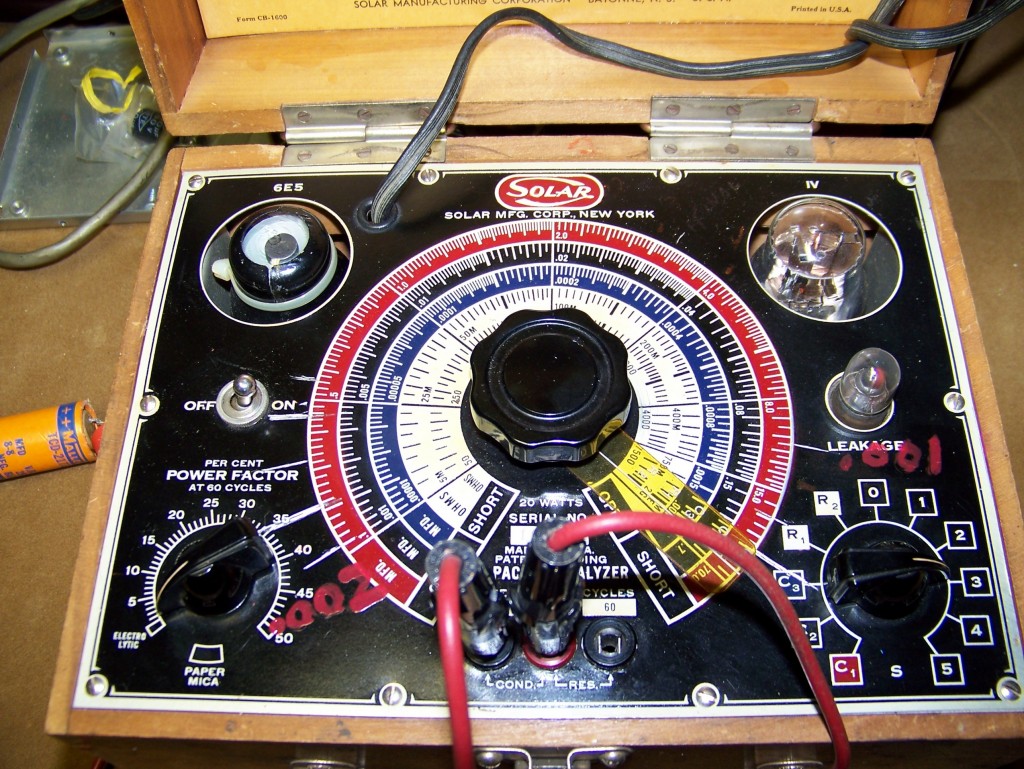 The Solar capacitor checker. Two tuning eye tubes and lots of color. As good as it gets.

All of the above meters used mechanical meter movements and discrete components and are thus referred to as analog devices. At this time there were available other types of meters that made measurements not commonly found in the multimeters. Capacitance is one such value that radio technicians and hobbyists wanted to test and the Solar is an example of a meter that did the job. This has to be one of the most colorful meters in my collection. The extra dab of red paint (or is it nail polish) was applied by a former owner. I would never do that to a nice piece of equipment.

Laboratories, universities, and manufacturers also required meters that measured capacitance. The difference was that they needed something that was especially precise. This requirement was fulfilled by a Cambridge, Massachusetts company known as General Radio. Everything they produced was highly accurate and the capacitance bridges pictured here are good examples of their product line. I purchased the model 1611-A many years ago. It came with a case cover, power cord, and full documentation. 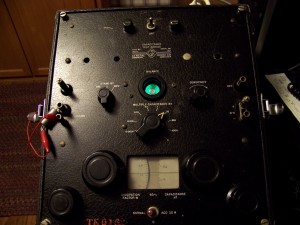 The GR 1611-A, a highly accurate capacitance bridge. Heavy!

It weighs at least 35 pounds and was a bit difficult to carry back to my car. At $25 I thought it was a steal. The second bridge pictured is one that I found today while attending the Eastern Connecticut Amateur Radio Association annual flea market in Dayville, CT. The vendor had tagged it with the very low price of $15, probably because it was missing the cover and because most hams are not interested in this ancient stuff. 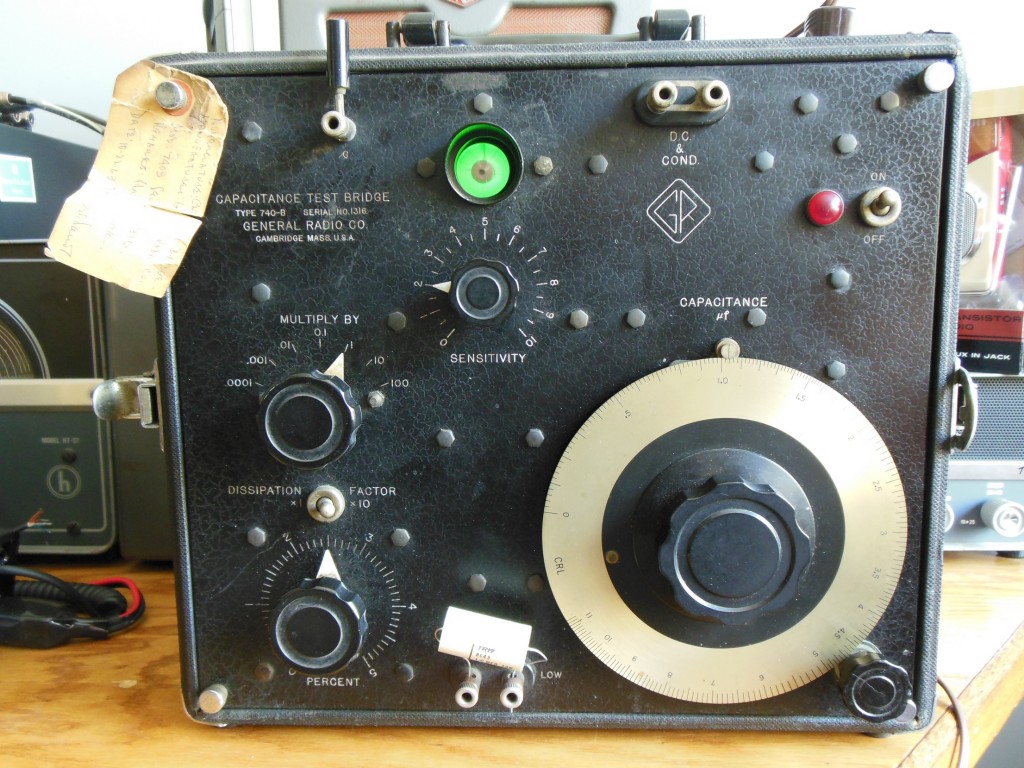 I looked it over, mentioned that the cover was missing, and indicated that I did know what it was. Immediately the seller, who probably did not want to lug this thing back to his car at the end of the day, said “Will you take it for $10?” I was going to pay the $15 anyways so it was an easy decision. Once I got it home I tested the capacitance bridge. A 1.0 mfd capacitor tested out at 1.03 mfd. I could have put one more digit in there but that would be ‘reading between the lines’ a bit. In that case I would have said 1.035 or so (click on the photo to enlarge it and read the scale yourself). In any event, I was convinced that the unit was working. But then there is more! What would happen if I tested the capacitor on a modern multimeter that also did capacitance? Well, I just happened to have one of those. 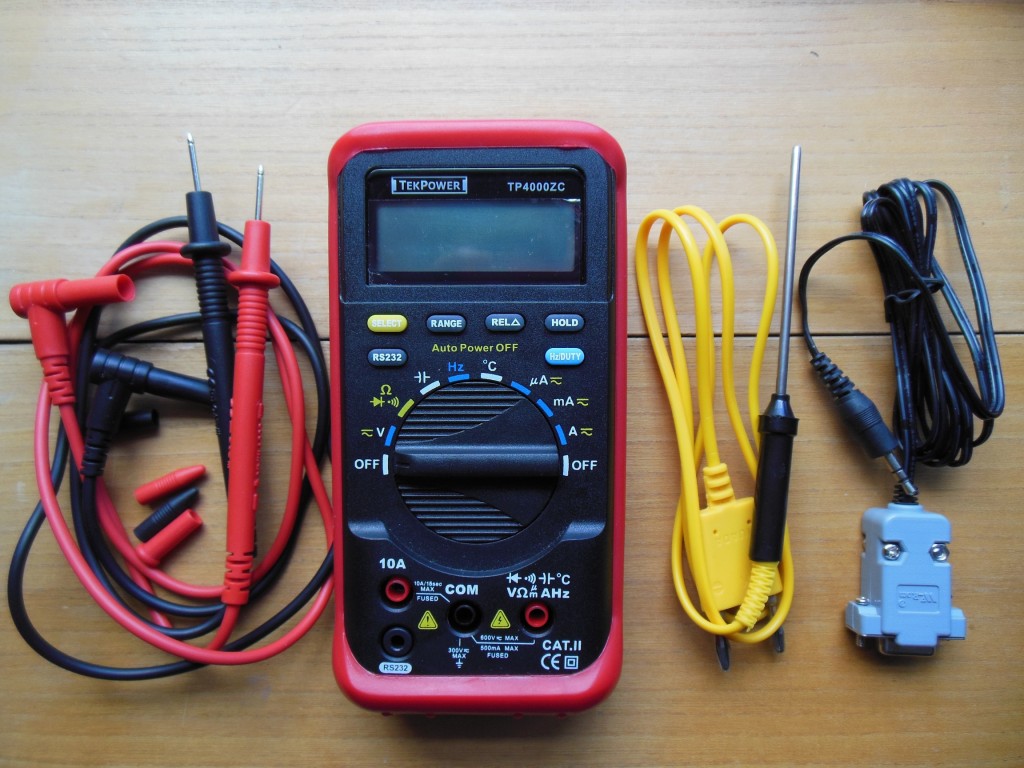 The TekPower TP4000ZC is a fully modern digital multimeter that does just about everything. Besides the ordinary complement of multimeter features it also will measure temperature and capacitance. To take it one step further, TekPower provided a RS232 computer interface cable and software with this meter. That way you can take successive and continuous measurements that are streamed to a connected computer. The data can then go into a spreadsheet or database and be graphically displayed. The most amazing thing about this meter is the price. It is only $29.99 on Amazon.com. That’s where I got mine. It works great and there have not been any problems. I would prefer that it was made in the USA rather than China, but that unfortunately is the only way many businesses can compete these days. We invent it here and build it there. To get back to the point of this discussion, I tested the same capacitor on the TekPower. It measured 1.038 mfd (microfarads). I would say the old GR is in pretty good shape!

Note: If you found this post interesting, please pass the link on by using the provided social networking buttons found below. Thanks!